All Best Insights in the Bee Industry 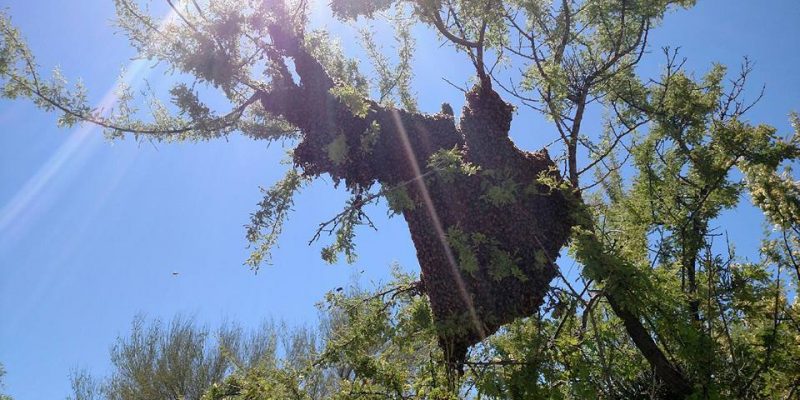 Have you even wondered why honey bees swarm in the spring and summer?  Bees swarm for two main reasons: space and colony reproduction.

Southern Arizona has many native species that bloom between February and May, most notably, creosote, palo verde, mesquite, and ironwood.  As these plants bloom, honey bees are busy filling their hives with fresh pollen and nectar both of which take of lots of hive space.  As the hives become overcrowded, the existing queen and approximately half the bees will leave the hive.  This is a swarm that we all have seen or heard flying overhead.  This swarm of bees are now on the lookout for a new hive location where they will start from scratch and the hive they left will form a new queen and continue to build.

The desert southwest is unique in that all of our feral bees (not living in white beekeepers boxes) are Africanized.  This is a hybrid honey bee created as a result of a cross between African bees (brought from the African rainforests to Brazil) and our European honeybees that originally inhabited the desert southwest.  Africanized honeybees are super aggressive and have a tendency to swarm a lot which is a genetic trait of inhabiting rainforests.  A healthy Africanized bee hive can swarm 10-20 times a year.  Do the math!  One original hive turning into 20!